Listed below are colleges and universities that offer online degrees, certificates, and diplomas in the major of Digital Design and a detailed list of the programs offered. Tuition, financial aid, course offerings, online classes, adult education, and distance learning options are available by request. 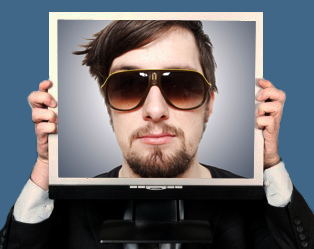 This job is in high demand in certain fields, like web design and new media. Businesses are looking for digital designers who can help them break into new markets, reach a wider consumer base, and communicate effectively. The web is becoming an excellent place to market one€™s ideas and business, so digital designers are being called upon to tap into the web.

Additional Skills That Will Help You Get a Job:

There was an error loading the featured schools for this program

No featured schools for Digital Design

According to a recent survey by AIGA, a professional design association, the median salary among those surveyed in 2008 was $45,000. The lower 25 percent earned a median of $38,000, and the upper 25 percent earned $52,000. Expect comfort but not Ferraris.

The survey also found that location can be a determining factor in salary. Designers with the highest median salaries lived near the Pacific, in New England, and in the mid-Atlantic. Those desiring the highest salaries will most likely need to move to a populated area, probably one of the above.

The particular digital design field also matters. Those working in computer systems design, specialized design, advertising, and public relations tend to make more than those working for newspapers and publishers, according the U.S. Bureau of Labor Statistics.

Probably the biggest key to getting higher salaries in digital design is to advance in position, to a position like chief designer, or director, or something where you are supervising others in their designing. This will take years of experience and high quality work.

A bachelor€™s degree in fine arts or graphic design is what digital designers need to step into the design world and make a living. Two and three year programs offer associates degrees that teach technical skills and should allow one to become an assistant designer.

Common courses of importance are art classes, like studio art and sketching. Classes for design principles, computerized design, and graphics production will be vital courses, where one learns the power of computer design programs. Printing technique classes and web design classes should top off any quality design education.

In addition to all these classes, other courses will help the chances of a digital designer in the business world. Classes in marketing and advertising will teach how to best impact consumers, making you valuable in the business world. Art history will expand your mind to fresh kinds of design, as will cultural studies.

About 300 postsecondary institutions with programs in art and design are accredited by the National Association of Schools of Art and Design. Make sure that your school of choice is one of them. Often these programs require about a year of basic art and design education before a person can be admitted into the program.

There was an error loading schools for this program