Have you always loved science, and did you always win at your school’s science fair? Do you want to be involved with making the future better for our nation and the world? Then the field of math and physics could be the right career for you. As America continues to compete in a growing global marketplace, the need for excellent American workers in the field of math and physics is critical is our national economy and future. Those going into physics often become physicists or astronomers. While those going into mathematics, often become mathematicians or statisticians.

Job Outlook for Math and Physics 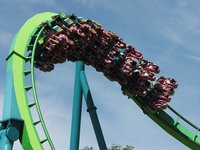 There was an error loading the featured schools for this program

No featured schools for Mathematics

Salary Forecast for Math and Physics

The career fields of math and physics have excellent earnings potential. Those employed in the field of physics had median salaries between $80,000 and $130,000 annually as of 2008. Those employed in the top ten percent of this field made over $159,000 annually, according to the Occupational Outlook Handbook. In the field of mathematics, mathematicians had an annual wage between $71,000 and $119,000. The top 10 percent of mathematicians made over $140,000. For those working for the federal government in the field of mathematics, the annual average salary was over $107,000 for mathematical statisticians. This information was also gathered from the Occupational Outlook Handbook.

Education Requirements for Math and Physics

Many colleges and universities offer great programs in physics and mathematics. It is best to obtain a bachelor’s degree or higher in this field. Generally, the more education and degrees you have in these fields, the greater your earnings potential becomes. Also, schools are now creating strong online degrees in these fields as well.

There was an error loading schools for this program